Kaha Ka `Io Me Na Makani, “The Hawk Soars with the Winds”

Built on the former village of Kalia, the Hilton Hawaiian Village has been a popular hotel in Waikiki since 1957. It is the largest hotel in the Hilton chain and 17th largest hotel in the world. In 1999 the resort commissioned Kim Duffett, an Alexander & Associates represented artist, to create Kaha Ka `Io Me Na Makani, “The Hawk Soars with the Winds” a larger-than-life trinity sculpture that depicts two females and one male performing the awe-inspiring movements of hula kahiko.

Duffett’s stunning sculpture welcomes visitors at the newly designed entrance to Hilton Hawaiian Village and stands as a new landmark in Waikiki. The statues were unveiled in a Hawaiian ceremony that marked the opening of the new Kalia Tower in September of 2001. 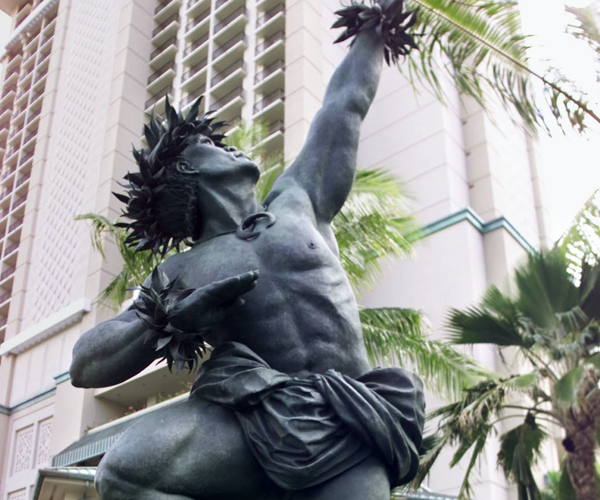 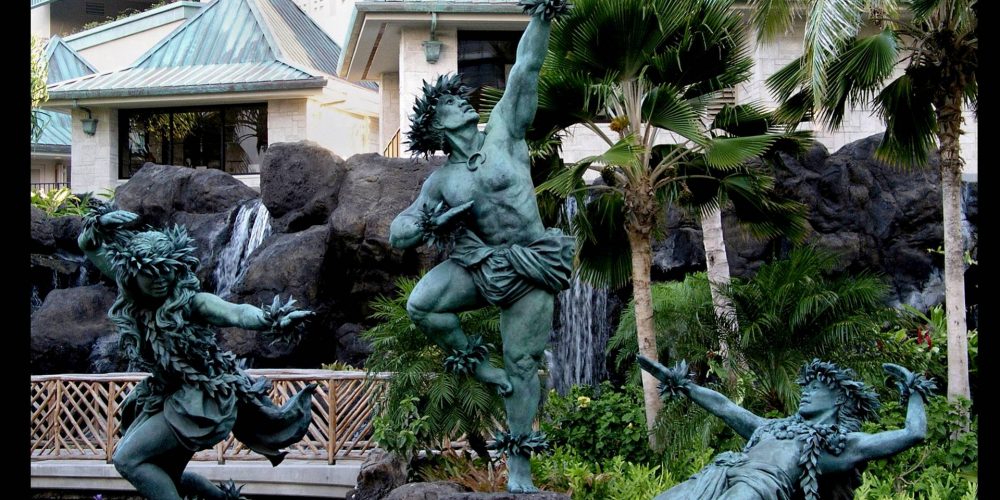 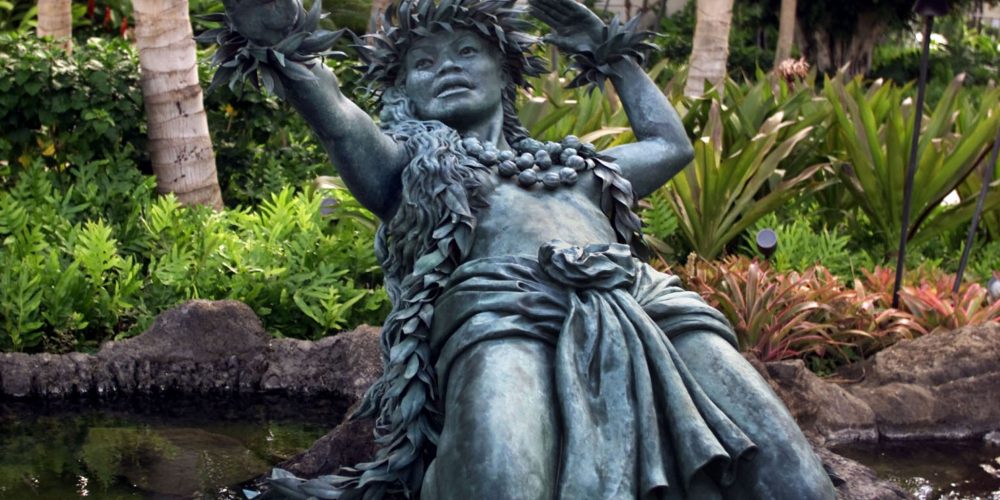 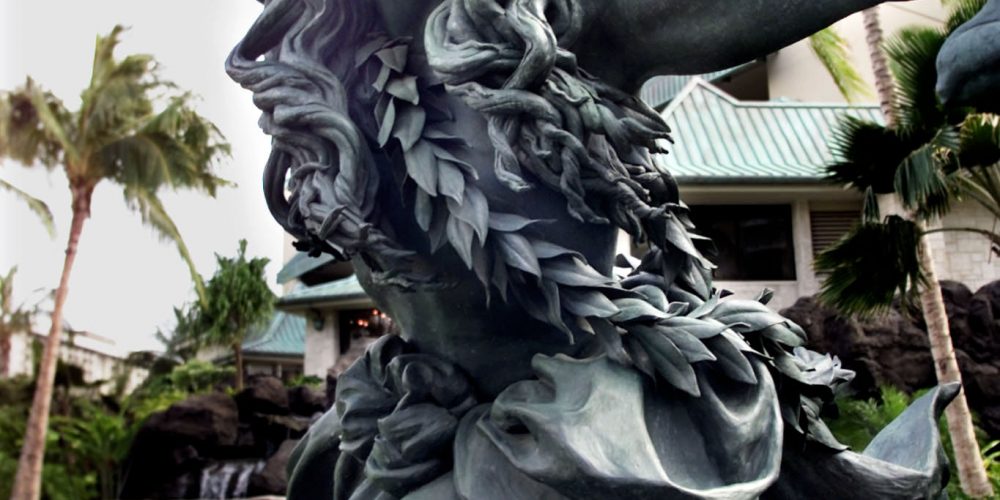